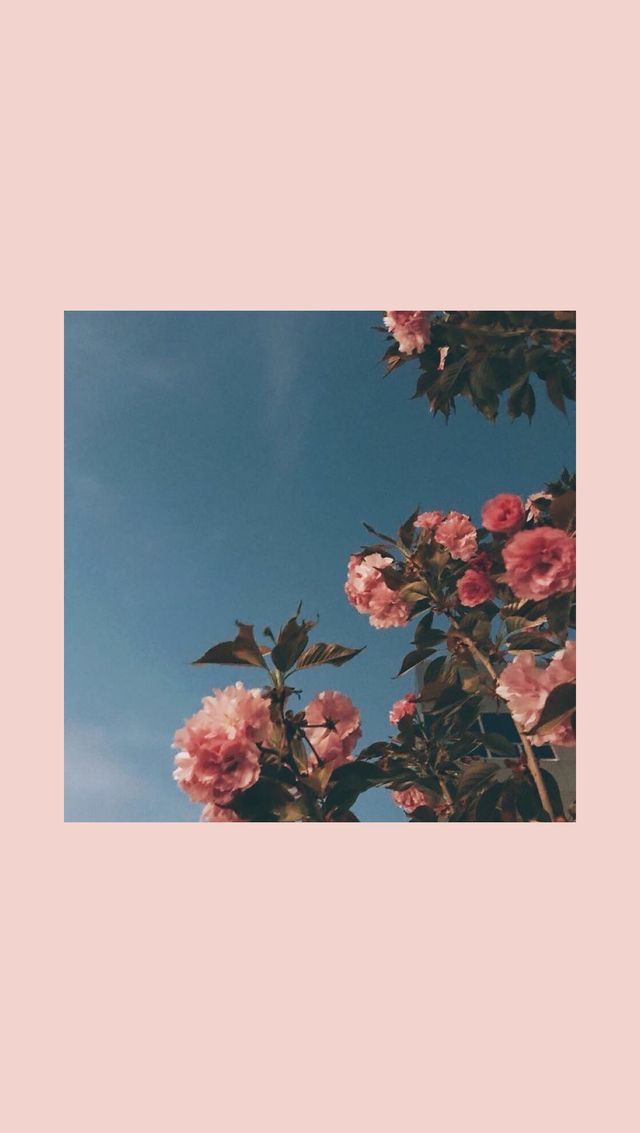 14 Most Affordable Foods to Cut Your Grocery Bills Down Today

We all love our garden and I am sure to have canned enough to last through most of the winter. What do we do about the other items we need to purchase?

A couple of years ago, my husband and I got resourceful and began shopping on the notebook system. We wrote down the items we bought frequently and compared the prices at several stores. On Wednesdays when the sales ads come out, we watched for rock bottom prices on things such as peanut butter and other foods we did not make ourselves or purchase from farmers we know.

Here's a list of food items we have found are good to purchase in order to keep your grocery bill down.

Affordable Foods to Keep Your Grocery Costs Down 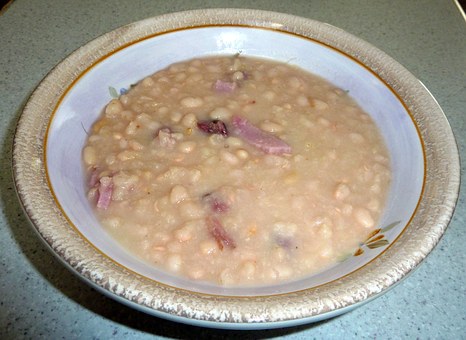 I feel like beans get a bad rap. I didn't eat them much as a child unless we were at the Mexican restaurant but when I got married my mother-in-law would serve us black beans and rice in a tortilla shell. Although I tend to skip on the tortilla shell (too many carbohydrates in one meal that way, in my opinion) I do occasionally make black beans and rice for my family.

The rice comes from a local farmer and the beans come dried from the store for about a dollar for a bag. I just soak them the night before I want to prepare the meal and we are good to go.

Another great idea for beans if you like white beans is ham and beans. Ham comes from my father-in-law's pigs and the beans, again, dried for about a dollar.

If you have a store nearby that sells food in bulk, you can probably get your beans for even cheaper than a dollar for the meal. 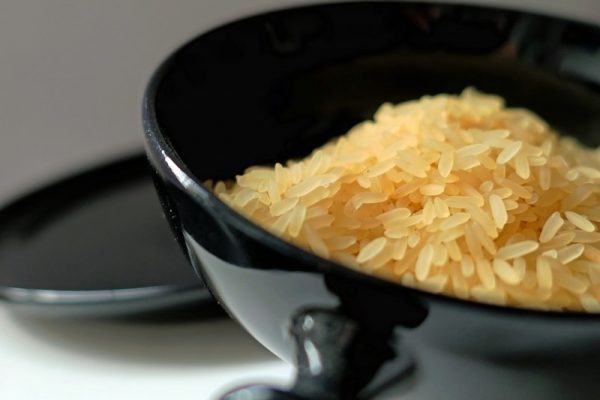 What you may or may not know is that rice and beans are a complete protein, so if you are cutting down on meat (for budget reasons or personal belief about the meat industry or whatever), rice and beans together will provide you with a protein that is comparable to meat.

When I moved to Texas I learned of another great use for rice, and that is horchata. I highly recommend you find the recipe sometime and give it a try. You won't regret it! 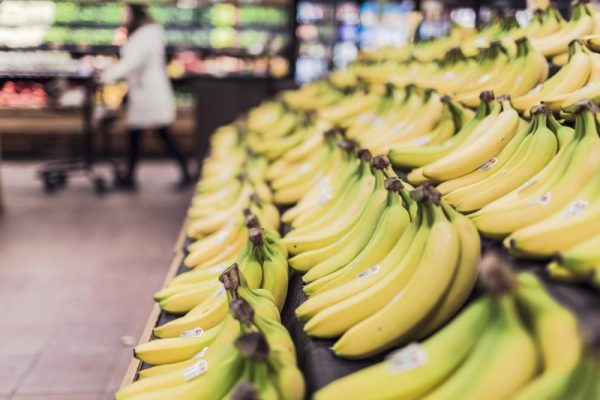 Bananas are an amazing resource, especially for baking. If you have chickens, a wonderful breakfast is blending or mashing an egg and a banana, then pouring it into a warmed pan that has been buttered. It is like having a pancake. It tastes just as good and prevents a carbohydrate burn out early in the morning (please note, I am not against carbohydrates, I just feel we eat too much of them on average).

I also like banana bread and the occasional banana pudding. Another yummy way to eat them in the winter is to use tin foil to wrap them, cut them length wise first and add a few chocolate chips or peanut butter. Warm up at two hundred degrees for five or ten minutes. Delicious! 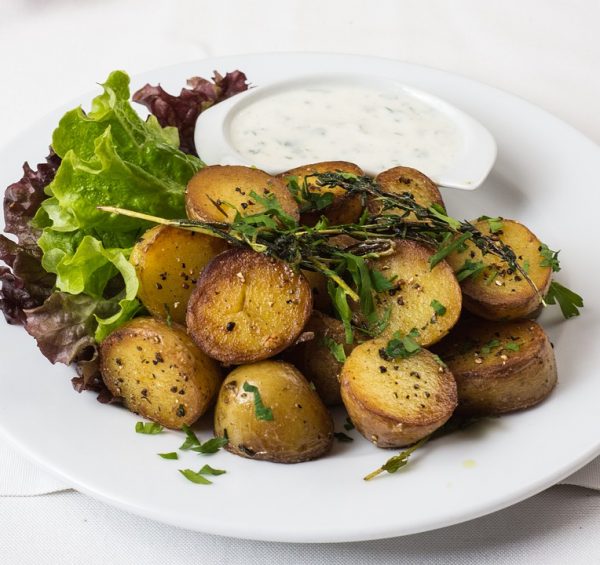 I'll be honest, potatoes are not really my thing. As a kid, I only liked them mashed and you better believe I knew the difference between boxed mashed potatoes and the real deal. As an adult, if I do eat a potato, it is in baked form with a dollop of sour cream, some butter, chives, and if I'm lucky, bacon.

One of the reasons that potatoes are so great is that they keep for a while as well. So if you have extra and know how to properly store potatoes, I recommend stocking up. They are very versatile. 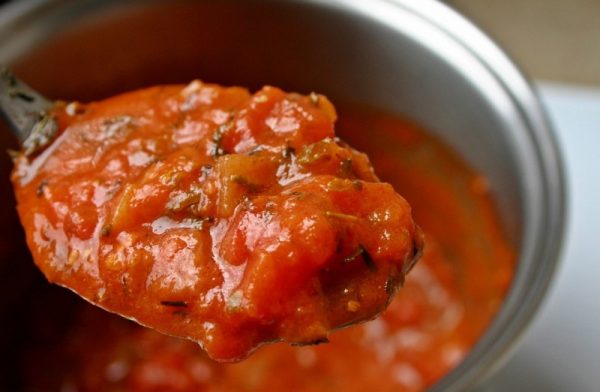 Canned tomatoes are another versatile item to have in the cabinet. My husband and I picked up about eight cans one time at Aldi's because they were in their discount section and still had a sell by date that was three years from the day we purchased it. Added benefit? They were organic.

I have since used them to make spaghetti sauce, pizza sauce, and a bruschetta topping. My husband also used three cans in addition to garden vegetables to make salsa that lasted us a year.

You could also make ketchup for cheaper than you can purchase it at the store because (as we all know) it cost more to have less in our foods. Or maybe you are like my husband and like the spicy ketchup similar to what they have at Whataburger. 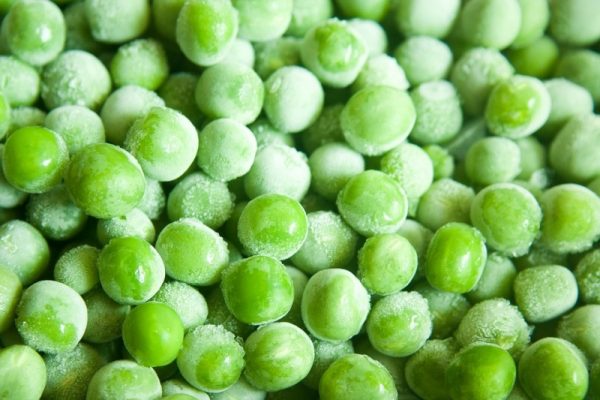 Frozen vegetables have more nutrients and less sodium than canned and are cheaper than out of season “fresh” vegetables. The great thing about frozen vegetables is that they are normally picked at the peak of freshness and then flash frozen before they go to the store. This means that much of the freshness is preserved.

Frozen vegetables are great for soups and stews. I also like using the mixed vegetables for homemade chicken pot pies. 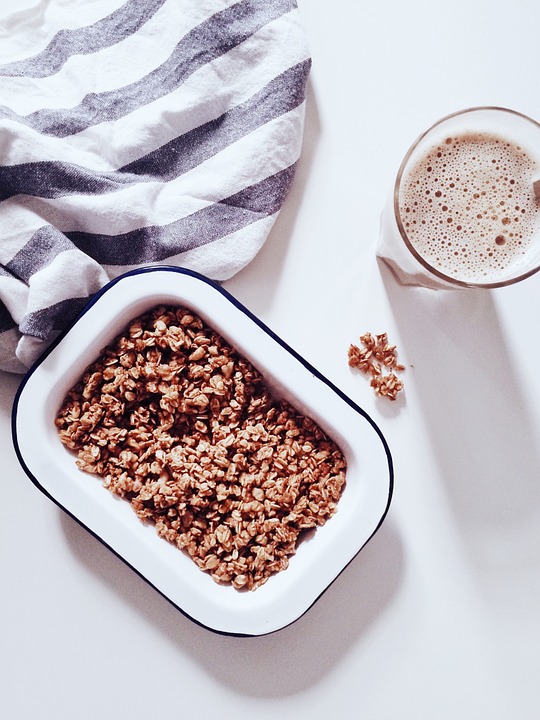 Despite the fact that I have lived most of my adult life in the south, I grew up in what is typically thought of as “Yankee” grounds. This meant that I was not a big fan of grits but I loved oatmeal. And purchasing oatmeal is cheaper than many other breakfast items.

Plus, this grain has a lot of uses. My mother made it with brown sugar, cinnamon, and butter. When it was too hot for me to eat it and it needed to be cooled off just a little, she would add about one-fourth of a cup of milk to the bowl. Nowadays many people are eating overnight oats, that soak in a liquid substance such as yogurt.

They are also good for making granola as a snack or adding to the banana and egg mixture I talked about above. 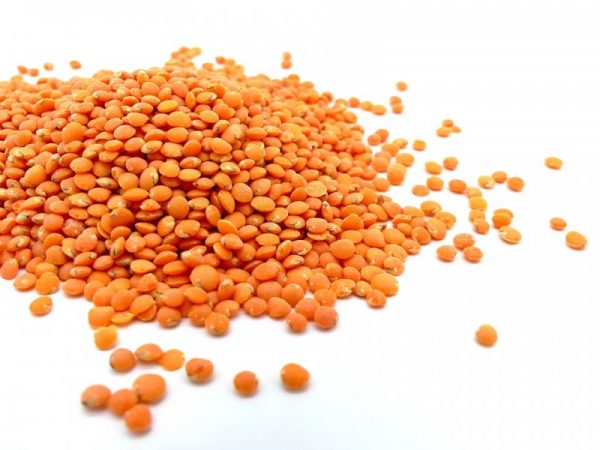 Most people do not realize how amazing the legume really is. For the last two years, I have been involved with a company that helps lentil farmers get people to recognize the tastefulness of this crop by talking with bloggers and others who are influential through social media.

Two years ago, in July of 2015, I went to a private dinner with Chef Marus Samuelsson who is best known as a judge on Chopped. We went to his restaurant, the Red Rooster, in Harlem and every dish that was cooked by him that night was made with lentils, including the donuts that were served with ice cream for dessert.

All of us were shocked and I don't turn my nose now if I decide to serve lentil soup to my children for lunch one day. 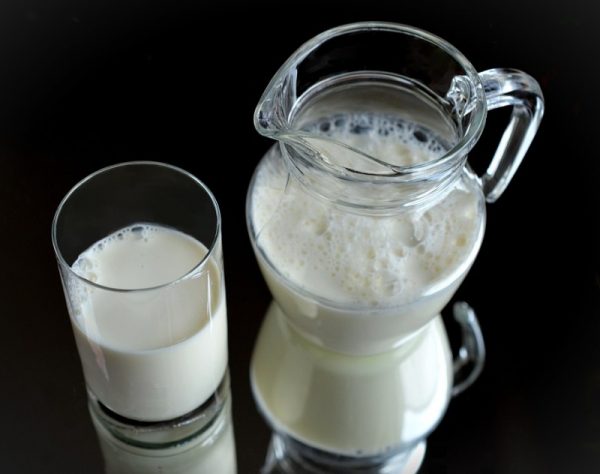 I am not a big fan of drinking this stuff, my grandmother only had powdered milk available one morning and, after trying it, I opted for water. Yet, milk that is worth drinking (that is the milk that comes from a farm where the animals are treated properly) is more expensive than the milk from cows that live in less desirable situations.

In order to combat the price difference, dried milk is a good way to go. Use dried milk in your baking products and no one will know the difference. For everything else – stick with the real deal! 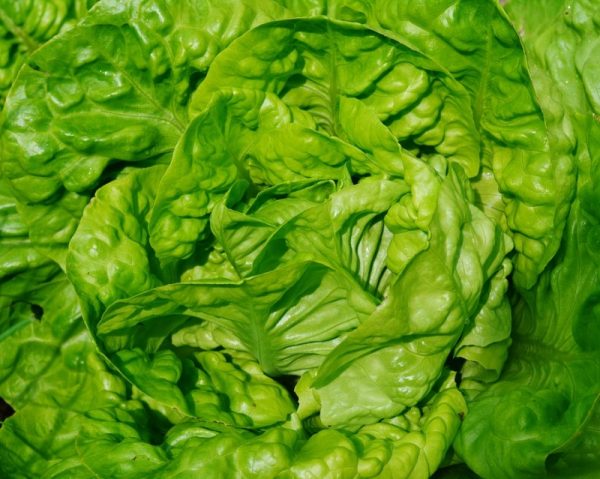 In the state of Texas, there is a good chance you can get some form of lettuce at any time during the year, yet I recognize that for many of you this is not the case. The cheapest form of lettuce, iceberg, is normally about a dollar a head. But it contains the least amount of nutrition and is made up of mostly water.

So in order to get the best bang for your buck, I recommend using romaine or another more tasty variety. You will be more likely to eat it; therefore, not throwing away your money. And with a more flavorful lettuce, a little bit goes a long way. Add this vegetable to salads, sandwiches, and much more. 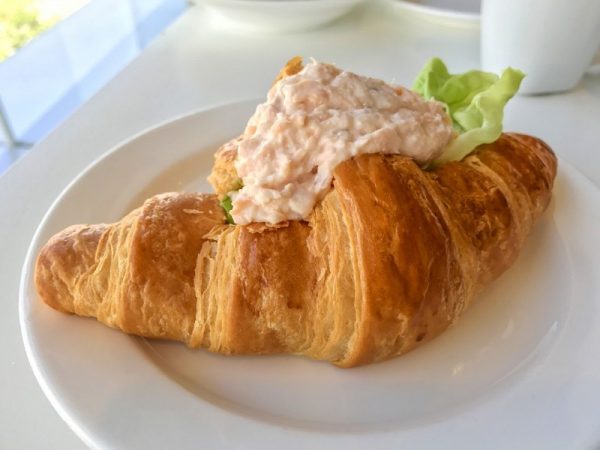 I actually have a favorite moment with canned tuna. Back before either of my tween girls had even started school, my husband and I went on a “diet” together. It was not a named diet, we just decided to eat healthier together and spent a lot of time running and playing soccer at the park.

One day I came home from work and he had made me a sandwich that consisted of one slice of whole wheat bread, a tomato, and half a can of tuna. It was good. Afterwards, I met him at the gym for a workout.

I grew up eating tuna sandwiches on occasion – mayonnaise, tuna, smashed pickles, and hard boiled eggs were the main ingredients. It really tasted delicious in my opinion.

Finding a protein that is not meat, cheap and still has quality is rare. Although, last I checked they only recommended you eat canned tuna three times a week at most – so don't forget the beans and rice! 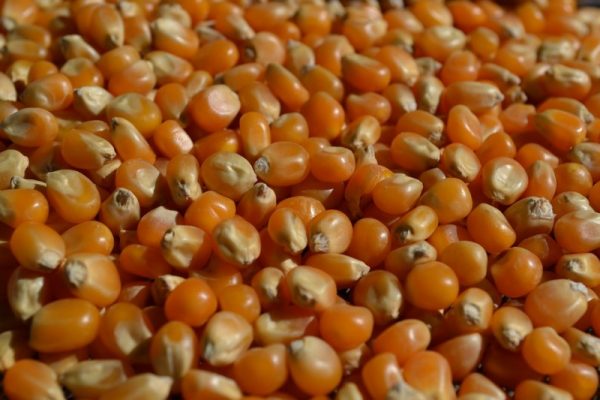 You can already bet I am not talking about the pre-packaged, warm up in the microwave kind. Nope, I most assuredly am not.

Yet people do not realize that buying the bag of unpopped popcorn kernels can be just as easy as purchasing the pre-packaged stuff. Here's what you do: grab a brown paper bag (you know, the ones they used to take lunches in) and fill one-third of the way full with popcorn kernels. Fold the bag down, secure it if you feel you need to (I normally skip this step), and pop on the popcorn setting, making sure to listen to it just as you would the other bag.

During the last thirty seconds, add as much butter as you think you will need to top your popcorn with and let it melt.

Wa-la! Easy to make popcorn for half the cost of the pre-packaged stuff! 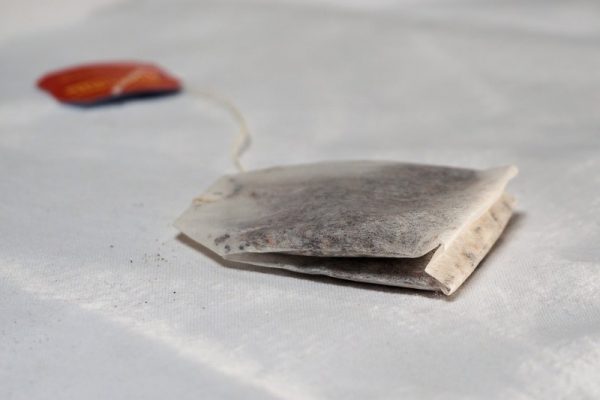 I grew up using name brand tea bags. After I got married though, my husband and I found this off brand at Walmart that we really like. We purchase two or three boxes when we run out. The boxes only cost us a dollar and eighteen cents.

What seems even crazier though is that the other tea bags just do not taste right anymore.

Southerners are going to disown me for what I am about to say next but hear me out – if you are looking for ways to cut down on your grocery bill, when it comes to tea – go unsweetened. We did that January 2016 and went from buying a container of sugar every other week to once a month and I still make cookies and what not. 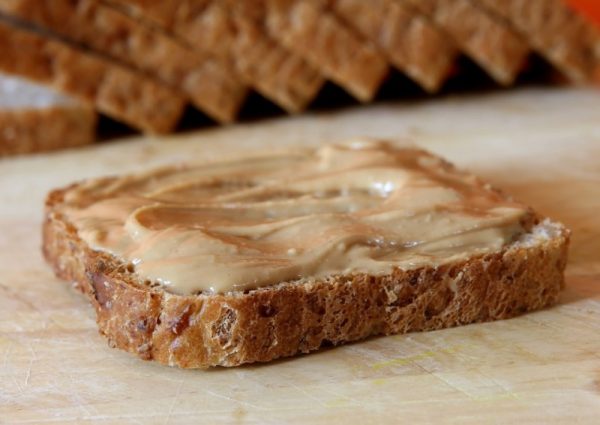 Peanut butter is another staple you can get for fairly cheap. If you are a family that wants peanut butter just as it should be – no added sugar or palm oils, then I recommend finding a grocery store that sells the peanut butter in bulk; however, make sure to taste just a little of it before you purchase it. A couple of months ago, we purchased peanut butter from a bulk grocery store and it had gone rancid. Very disappointing.

I must say though, when it's good it is very good. Especially over warm, home-made, almost right out of the oven bread.

No matter if you are looking to substitute what you have stored up for the long winter months or are just looking for ways to lower your grocery bill – these are some of the items I recommend purchasing.

Get creative with your menu. If you are a big meat eater, opt for something that is just as filling and has a little less meat in it. Do not be afraid to try new things that are considered healthy but cost efficient. Make a tuna salad with lettuce and skip the four dollars a loaf bread.

Have fun with it and share with me how you did it!

Was this article helpful?

Sharing is Caring, Do It!